MAHREZ CONFIRMS ARSENAL BIDED FOR HIM 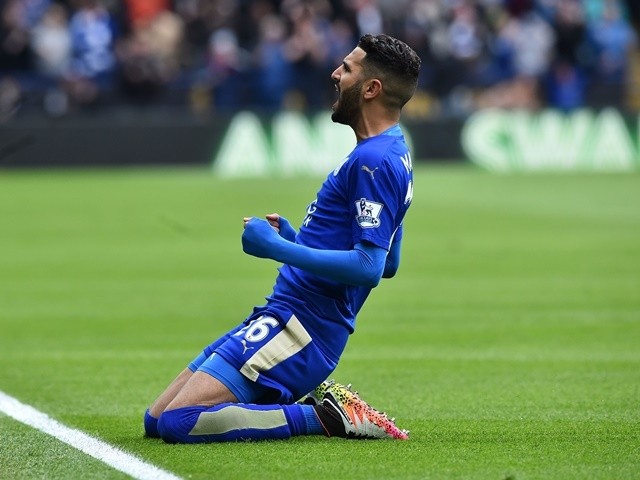 He claims he remained at the King Power Stadium to avoid a “conflict.” The Algerian who was awarded the PFA Player of the Year mentioned that he wanted to leave the Premier League champions in July during contract negotiations. Leicester had offered him a new deal worth £80,000 weekly, but he had turned it down.

“There was contact with Arsenal but Leicester wanted to keep me and I was pretty expensive. I did not want to create a conflict when the offer came in,” said Mahrez. The club owners were determined to keep the player despite the huge interests he attracted. The 25-year old player eventually agreed to a four-year deal.

Mahrez reportedly agreed to remain with the club following a “gentleman’s agreement” that he would be allowed to exit in the coming season if a worthy offer comes in. Arsenal are believed to have submitted a bid of £35 million. Leicester would have made a killing for a player acquired for just £375,000 from Le Havre.

The Algerian international has started the new season slowly. He had been able to net just once in seven appearances for the Foxes. For a player who scored 17 goals last term, he has to show he is not a one-season wonder like other stars in the past.

“Personally, I think it is a good thing I stayed put. It’s now up to me to prove myself again,” said Mahrez, acknowledging that he has not reached expectations yet. The Algerian was in his national team coloursin the game against Cameroon. Algeria played a 1-1 draw with Cameroon in the World Cup qualifier curtain raiser in the African region.